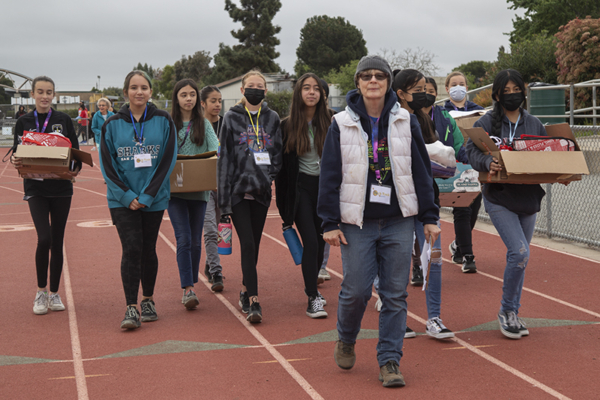 Congratulations to the eighteen MHUSD 7th graders who were selected and also congrats to the two alternates. The students are:

This year, eighteen local MHUSD 7th graders were chosen to attend Virtual Tech Trek camps. The residential camps our girls attended previously on the campus of Stanford University, Camp Marie and Camp Hopper, were not available.

The chosen campers showed strong esprit de corps when thirteen of them volunteered at the 39th annual Wildflower Run. Armed with noisemakers of all sorts, these 7th grade girls were a spirited cheering squad for the 2K runners, giving confidence to over 70 children, all aged ten and younger. Tech Trek students also assisted in a variety of other duties from counting laps, to helping move supplies, to cheering on the rest of the racers. During the Finish Fest awards presentation, they were welcomed by the MC where they introduced themselves and stated what school they attended. Thank you to the parents and the Tech Trekkers who volunteered on race day. 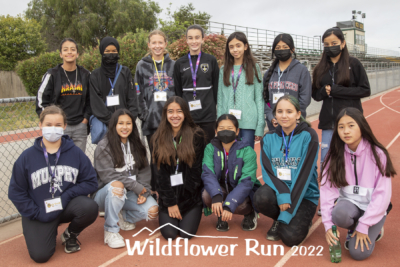