AAUW advocates for gender equity for women and girls. Since AAUW’s founding in 1881, our members have examined and taken positions on the fundamental issues of the day. AAUW is on the cutting edge of the fight for fair pay and economic security for women and their families through research, education and advocacy. The Morgan Hill branch provides funds each year toward these national AAUW priorities as well as creating local programming to both support local women and girls and raise awareness of these issues.

Beyond Aspirations: Advancing Equity for Women and Girls

The Public Policy Program of AAUW and AAUW California is member approved. This nonpartisan program provides the framework and resources that the AAUW Morgan Hill Branch uses to inform and advocate to our branch and community. For more information or to get involved, contact our Public Policy Chair.

AAUW is a nonpartisan organization with a long history of creating social change through public policy efforts. Because this work is often undertaken within the political arena there is sometimes confusion about AAUW’s political work versus our nonpartisan stance. Political work can be characterized as taking policy positions and working toward a common goal — as represented in AAUW’s member-adopted Public Policy Program. Being political is a way to influence legislation and regulation through government or public affairs, while partisan activities maintain a firm adherence to a party, faction, or person. We have established our priorities, and we will hold every elected official accountable, independent of party affiliation.

In August, 2017, AAUW Morgan Hill collaborated with AAUW San Jose to bring a program to the community called “Let Your Voice Be Heard”. Attendees learned about both old fashioned (postcard mailing) and newer (social media and smart phone app) techniques for identifying and effectively contacting elected officials on public policy issues of concern to women and girls. Recommended tools and techniques included:

Our members and supporters were among the millions worldwide in the #WomensMarch. What next? Tell your elected officials to make women’s priorities national priorities. You do not need to be an AAUW member to signup for or utilize these lobbying resources.
TAKE ACTION

Nationally, with local branch support, the AAUW Legal Advocacy Fund (LAF) works to combat sex discrimination in higher education and the workplace. LAF initiatives include community and campus outreach programs, a resource library and online advocacy tools, a Legal Referral Network, and various research reports. AAUW staff assesses which workplace sex discrimination cases have the potential to make a difference for all women and follows them through to resolution. To pursue sex discrimination cases through lengthy court battles takes huge amounts of money. It is only through a combination of supporting organizations that victory is ever achieved. AAUW through LAF is one of those. For more information or to get involved, contact our LAF Chair.

The most well-known of the legal cases partially funded through LAF resulted in the Lily Ledbetter Fair Pay Act of 2009, which amended the Civil Rights Act of 1964. The 1964 Act placed a 180-day statue of limitations for filing an equal-pay lawsuit dating from the initial discriminatory wage decision. The 2009 Act changed the date from the initial wage decision to the date of the most recent paycheck.

The length of time that even this one case took to wind through the court system, eventually to the U.S. Supreme Court, is an indication of the vast amount of money needed in many, if not most, cases involving sex discrimination. Lilly Ledbetter first filed, alleging pay discrimination by her employer, Goodyear Tire and Rubber Company, in 1998. Courts gave opposing opinions and finally, in 2007, the Supreme Court, on a 5-4 vote, ruled against her. That pushed the issue back to the legislature and resulted in the 2009 amendment to the Civil Rights Act. Eleven years of legal fisticuffs means the expenditure of thousands upon thousands of dollars.

In a case closer to home, LAF supported plaintiffs and their legal team for the case Mansourian, et al. v. Regents of the University of California, et al. The case settled in favor of the plaintiffs in February 2012. In this case, four female current and former students at the University of California-Davis and former members of the university’s wrestling team, sued the Regents of the University of California for sex discrimination in violation of Title IX of the Education Amendments of 1972 for failing to provide them with equal athletic participation opportunities; equal athletic financial assistance opportunities; and retaliating against them for complaining about sex discrimination. Read More.

To follow AAUW LAF, go to Legal Advocacy Fund on the AAUW California website. There you can find updates on current cases. Also you can read about the Gloria Weston Campus Outreach Fund. That fund attempts to create opportunities for education and discussion on the topics of equity, discrimination and tenure at California universities and colleges. Some 20 percent of all LAF cases originate in California.

AAUW nationally has sponsored a wide variety of research reports to provide analysis, data, and accurate information about issues that are important to women and girls. Past reports include: 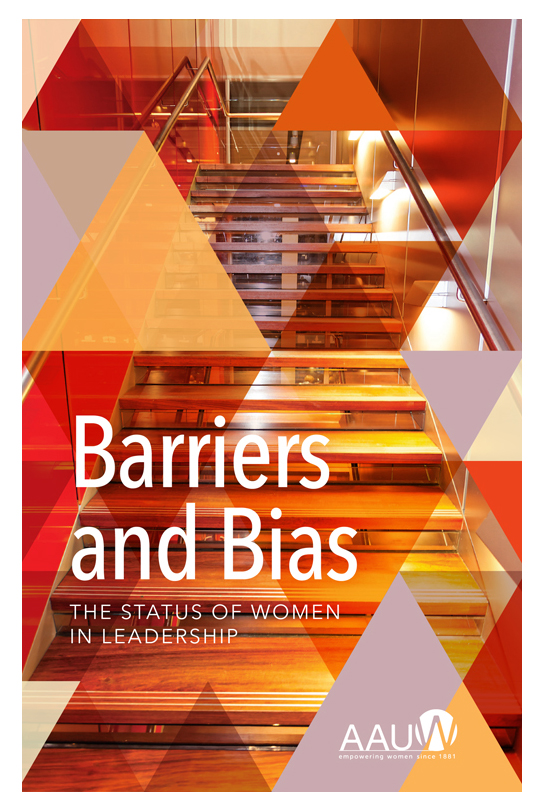 Your tax deductible donation to AAUW's "Interbranch Special Projects Foundation" will be directed to AAUW Morgan Hill's Wildflower Fund for our philanthropic projects.

Thank you to our AAUW Morgan Hill members for their 2018-19 donations to the Wildflower Fund.