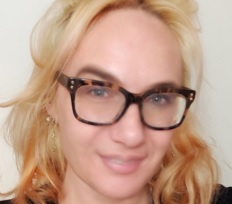 AAUW’s Legal Advocacy Fund (LAF) addresses barriers brought by unfair pay, pregnancy discrimination, sexual harassment, sexual assault and violations of Title IX by informing people of their rights and using the legal system to seek justice and change. LAF was created in 1981 by AAUW members and has provided millions of dollars to balance the scales of justice.

In December 2021, AAUW adopted the case of Dr. Audrey Miller,  who had been a tenure track Assistant Professor of Psychology at Sam Houston State University (SHSU). She is an expert in gender violence, trauma and forensic psychology and had received excellent performance evaluations and multiple recognitions. Between 2007 and 2013 she and other women were subjected to discriminatory employment practices.  For example, as a clinical psychologist, she was assigned more than fourfold the workload of male faculty.

After Dr. Miller complained about this treatment, her promotion and tenure were denied.  SHSU and the Texas State University System (TSUS) retaliated by providing a false negative reference to thwart at least one offer for a tenure-line position she was offered at another University. SHSU offered to rescind the promotion and tenure denial and provide a positive letter of recommendation only if Dr Miller dropped her Equal Employment Opportunity charge and resign.  Dr Miller refused and filed a lawsuit against SHSU and TSUS .  Finally the Fifth Circuit Court of Appeals  remanded the case to a new district court to be heard.  It  found that the original lawsuit had been “suffocated ”in the original district court and reversed and remanded it to a new district court.