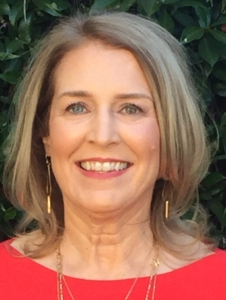 Janet Wright has been named the 2022 honoree for the Morgan Hill Community Foundation Philanthropy award from our AAUW branch. The award is given to members of local organizations who have made outstanding contributions to their organization and the community.

Janet has held many key board positions for AAUW Morgan Hill. She has chaired the Legal Advocacy Fund, educating us about gender equity lawsuits undertaken by our national organization. Janet has been vice president of the AAUW Fund and has been the facilitator for our Candidates Forums during election years – most recently the forum for candidates for mayor of Morgan Hill.

Two years ago, Janet took on the demanding job of co-director of our annual fundraiser, the Wildflower Run. Her commitment to the Run includes overseeing in-kind donations and even acting as a course marshal. The 2022 Run was a financial and popular success with 896 runners participating. The money earned has gone back to the community in the form of scholarships for women and girls, grants to local schools and organizations and sending eighteen girls to a virtual math and science camp, as well as supporting national AAUW priorities. Other jobs that she has performed are serving on the nominating committee that finds leaders for our branch and advocating for our scholarships at the local community college.

Janet’s hobbies include being a long-time member of the Santa Clara Chorale. She is a board member and acts as the group’s manager. In her free time Janet enjoys being with her seven grandchildren and their families.

Janet says, “AAUW Morgan Hill is a wonderful organization that contributes greatly to the Morgan Hill community.  I am proud to be able to help them out in advancing their mission of pursuing gender equity.”

You can join in honoring Janet by attending the Community Foundation’s November 18th celebration.